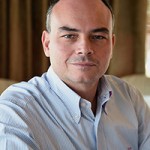 Ioannis Nassoulis has been Chief Operations Officer at Aegean Motorway SA since September 2007. As the first executive of the company with previous experience in motorway concession projects, he prepared and organized the company to ensure a successful commencement of operation of the Concession Project in March 2008.

Before September 2007, he managed the Tunnel Safety and Telematics department of “Attikes Diadromes” the Attiki Odos operation company. Ever since 1999 when he entered the infrastructures sector, he worked for the construction of Attiki Odos, managing the deployment of the first large scale Intelligent Transportation System in Greece, the Integrated Toll and Traffic Management System.

He has 16 years of experience in major road infrastructure projects.

He is a graduate of the Electrical Engineering School of the University of Erlangen – Nuremberg and he is a member of the Technical Chamber of Greece and The Hellenic Institute of Transportation Engineers.